Have you ever thought that we are the first generation ever which can freely travel to almost every corner of the world? Our parents or grandparents weren’t that lucky due to a variety of reasons; wars, political difficulties, inaccessibility, lack of money. Therefore not so many years ago traveling outside the continent was limited to reach people only. Cheap airlines didn’t exist. Budget travelling wasn’t invented yet.

Today we live in relatively safe times with open borders almost everywhere (sorry North Korea!). We haven’t had a global conflict for the longest time in modern history. Websites, travel magazines or Instagram profiles will tell you where to go. Thousands of flights will take you to your dreamt destinations. If hotels and b&bs are fully booked, you’ll find Airbnb or use a camping site. Even money is not an issue anymore with still plenty of cheap countries, last minute tickets and bargain offers available. This is so great, isn’t it? Well…

Without a doubt travel industry has had an enormous and indispensable positive impact for the world in the last few decades. Millions of new jobs, investments in infrastructure, boost to local businesses, cultural exchange, development of the poorest countries to name a few. Unfortunately there are pros and cons everywhere and tourism in the global perspective has dark sides that can’t be missed.

Planes and cars are the most polluting means of transport. They release extreme amounts of carbon dioxide (CO2) and other greenhouse gases responsible for about 5% of global warming (not to mention smog, noise and other forms of pollution). According to new research published in “New Scientists”, contrails (trails of condensed water from an aircraft at high altitude) may have an even worse effect on climate change. With air traffic increasing, this number will be growing. 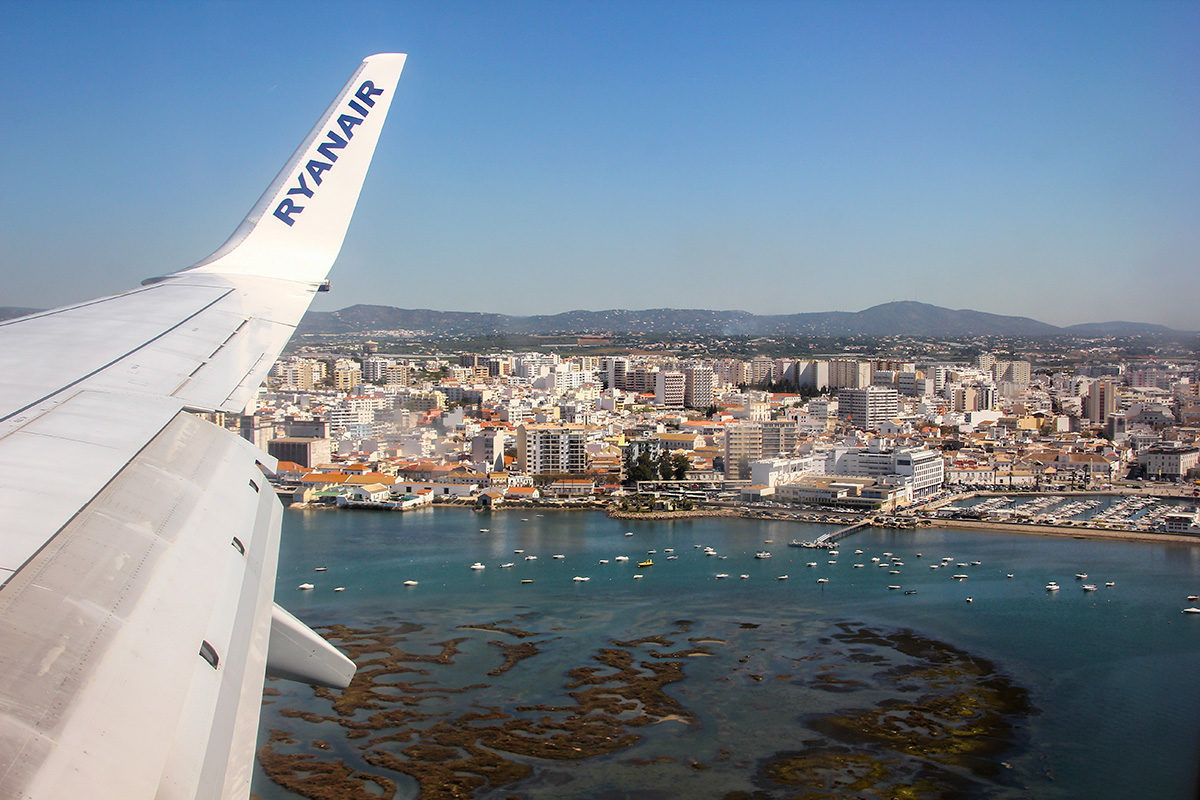 Every coin has two sides…

For years there are efforts to make the fuel more efficient and to find new technologies that will stop the process. However it’s addressing ways to slow, while at the same time more people use these forms of transport, including millions of tourists buying plane tickets and renting cars abroad every day.

The Lockdown caused by COVID-19 pandemic proved to us very well how fast Earth starts recovering with decreased use of transport and accordingly the impact it has on the environment.

Daft.ie, the most popular Irish renting and selling property website, revealed in May 2018 that the biggest ever number of 53% homes in the Dublin area were not available for long-term tenants. Instead, landlords prefer to let their accommodation to tourists for short but more profitable terms. In 2019 in Ireland there was the biggest ever revealed number of over 10 000 homeless people, among them many families with children (majority of them from Dublin).

This is not shocking news and doesn’t apply only to Ireland. Growing number of cities around the world (including Paris, Barcelona, New York, London, Santa Monica or San Francisco) try to regulate or restrict Airbnb. But it’s not fair to say that Airbnb is the only one to blame. Never ending landowner’s greed and ridiculous prices of hotel rooms (once I paid €110 for three nights in Norway’s Airbnb instead of €120 for one night in the cheapest hotel) have something to do with it.

This topic is very complex and sensitive in general, so I’m not going to go too deep into it.

Firstly, according to United Nations the term sex tourism means “trips organized from within the tourism sector, or from outside this sector but using its structures and networks, with the primary purpose of effecting a commercial sexual relationship by the tourist with residents at the destination”.

Secondly, it’s important to realize that there’s a huge difference between well organized and regulated sex industry in (not so many) countries, e.g. Netherlands, and situation in poorer countries in Asia, Africa, South America and even Southern Europe. Million of locals in these countries are desperate enough to provide sex for money, authorities close their eyes to this multibillion-dollar business and criminals use the opportunity without remorse. Unfortunately all that open the door to issues like sex trafficking, child prostitution and many forms of abuse, making it terribly sad and tragic.

Popular cities and heritage sites in danger due overtourism

Overcrowded destinations, huge queues to tourist attractions as well as overpriced shops and restaurants are now a frustrating reality while on holiday. Some places just can’t welcome more people. Barcelona and Venice are among many cities that introduced tourist’s tax to decrease the number of visitors. Does it work? I doubt it.

Therefore there’s growing reluctance against tourists among locals. It doesn’t surprise me at all as I’ve already noticed many city centres in Europe full of souvenirs shops, jeweller’s, bars and rooms to rent but no grocery or bakery shops, convenience stores, no services, no locals. No real life whatsoever. City centres have been transformed to please tourists and make money and as a result they were abandoned by habitants, who often simply can’t afford to live there or don’t feel like it’s home anymore.

There’s also concern about the condition of famous places like Machu Picchu or Angkor Wat Temples due to absurd levels of interest. There’s already a limit of 500 visitors per day accompanied by a tour guide in the most famous Peru’s attraction. The Wave Canyon in Arizona has a limit of only 20 visitors per day, half of them selected in an online lottery, as it’s too vulnerable to damage. Antelope Canyon nearby has no such limitations, but in the peak season it’s sold out up to 6 months in advance. Tourists are being rushed, as there’s another group waiting… World-famous Taj Mahal has set a limit of 40k visitors per day and fines tourists who stay longer than three hours. And so on, and so on… 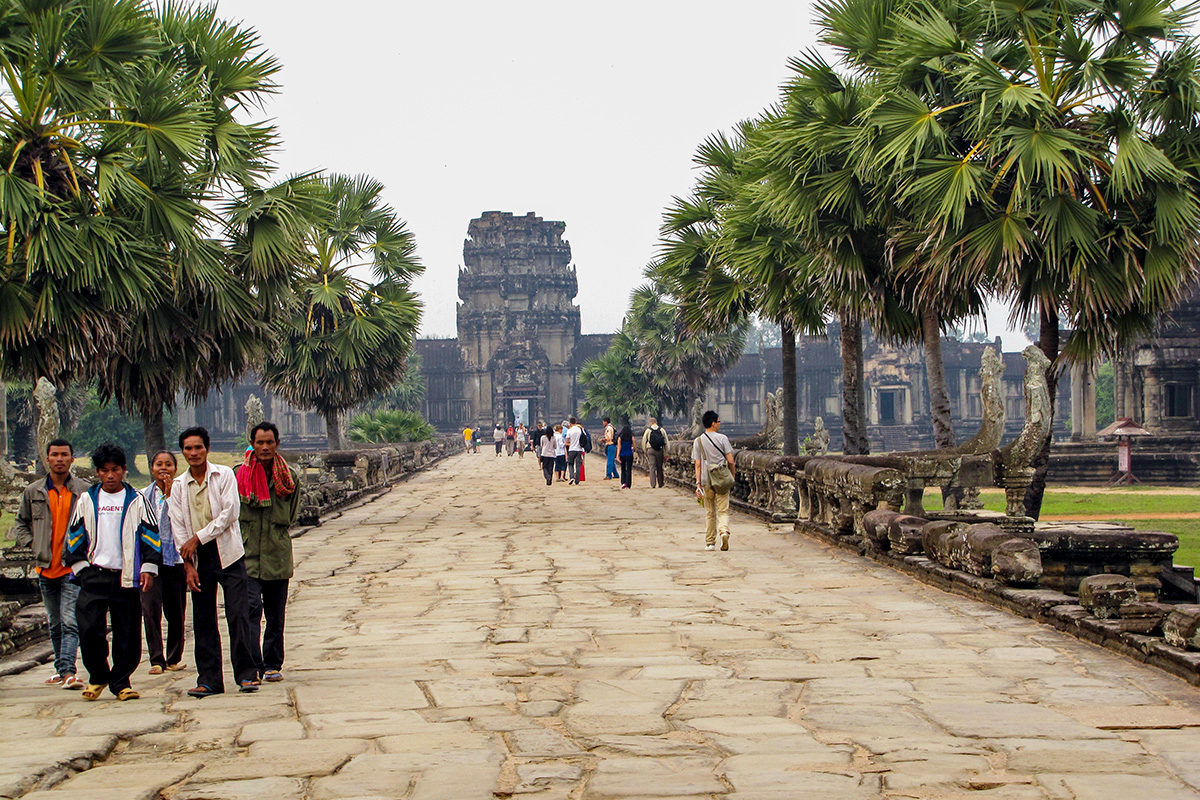 Littering is today’s one of the most underestimated problems

Rubbish is becoming a growing problem. War against consumptionism, producing single-use plastic and burning toxic waste is one thing. Teaching less responsible tourists to use bins or take their rubbish home and leaving clean places they visit is another. It’s sometimes hard to believe how disgusting people can be in general. Huge amounts of litter in national parks, mountains, around lakes, rivers, on beaches or streets after festivals and other venues speak for themselves. Numbers don’t lie, so let’s go straight to the facts and statistics that can be easily found online.

Mt. Everest is now available for almost everyone who can climb. But in the summer 2019 about 12 tonnes of rubbish was removed from Everest and the exact amount of rubbish left there is unknown. It’s said these 12 tonnes are only… well, the top of the mountain.

Iceland has fast recovered after the devastating financial crisis due to tourism, which now accounts over 40% of Icelandic economy. However, there’re a number of reports online describing a “poo problem” in the country, where 478% growth of the tourism industry in 7 years and lack of toilet facilities for visitors made them defecating on the sides of the roads, besides houses, in parks, just everywhere. These are only two extreme examples of many.

Lack of authenticity due to tourists high demands

Obviously not everyone is concerned about the crowds, as some take advantage. Habitants of still developing countries see this situation as an opportunity to make their lives better. You can’t blame them. Tourists are often their only source of income. Ultimately it opens the door for frauds, as natives often take the easiest way to attract naive foreigners.

In Africa and Asia there are plenty of examples of unauthentic customs, rituals and clothes displayed to unaware visitors. Some tourists are willing to pay a fortune to see the last so-called primitive villages or native tribes. Except, they are not always genuine and if they are, they will be corrupted in time by money and Western-world goods. 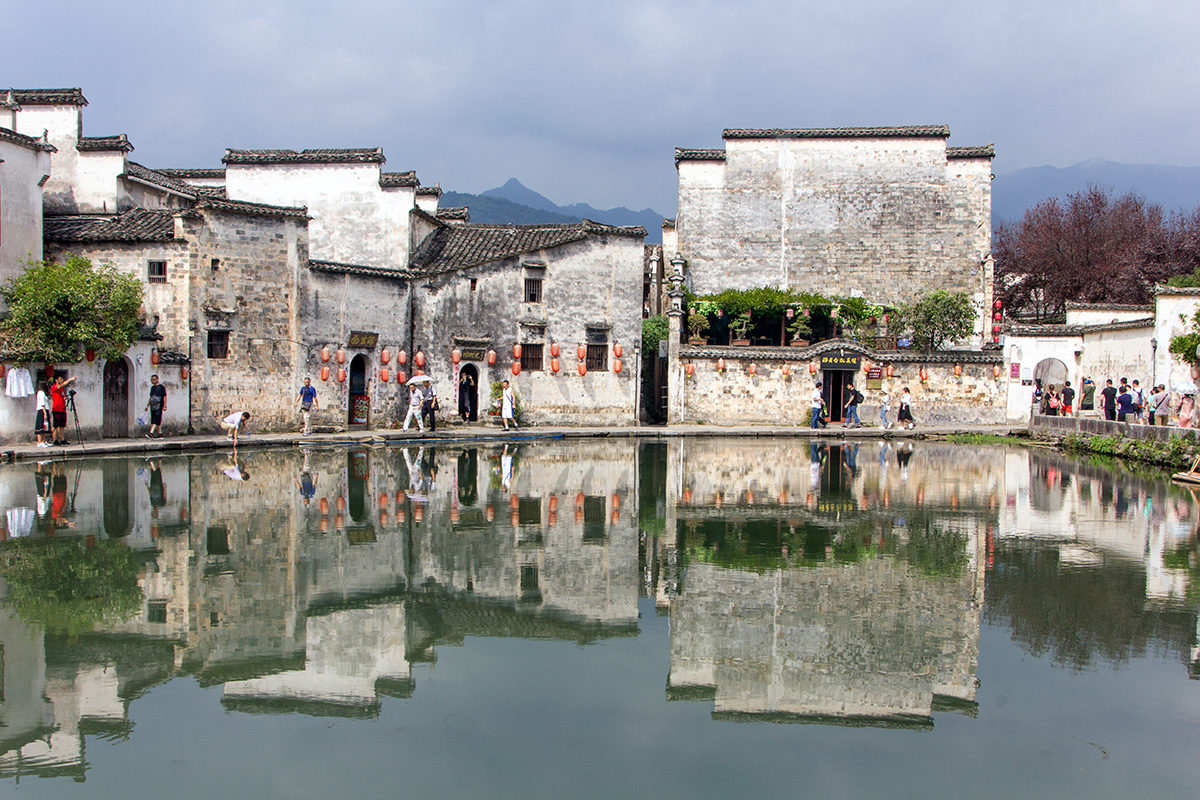 One of the authentic Chinese villages. Or is it?

In China authorities pay poor people just to live in small ancient villages and to lead a feigned life modeled on the one from decades ago, only to attract more tourists. If something is nice and different, it doesn’t matter if it’s fake, right?

I find performances, rites and music given only for tips pretty sad. As well as fake souvenirs being bought all around, but usually made in China. Or juvenile beggars from the most illiterate countries talking to you with perfect English and asking for “one dollar”.

How to fix tourism industry?

Is it still right to promote the tourism industry? Should bloggers like me encourage visitors to keep traveling? Should influencers on Instagram share genuine places, what will eventually spoil them? Or maybe they need to keep them in secret as long as possible? I’ve asked myself these questions before starting this blog.

The fact is that the majority of countries in the world still aggressively promote themselves as a perfect holiday destinations. Some try to decrease the amount of visitors in the most popular spots and make cities more friendly for locals, but at the same time their most common attractions advertise themselves on official websites, social media, billboards, radio and TV commercials.

Therefore we should accept that everyone has a right to travel and explore our planet. After all we live in a free world, at least in most of its parts. Also, we can’t ignore many advantages of traveling. Banning places, introducing more fees or taxes, fighting with airlines and renting apps won’t help us as much as trying to find a solution for climate change, lack of accomodation, overwhelming number of tourists and poverty.

What we have to do is focus on promoting responsible traveling. Encouraging people to go for holiday off-season and perhaps to less touristy destinations. If possible picking trains, ferries and bicycles over planes (Sweden has already succeeded in that part for domestic travelers). Accommodation crisis must be fixed by governments investing in building houses, restricting Airbnb, encouraging landlords to rent long term and making hotels to lower prices. In my opinion it’s all about changing our culture and adjusting laws to modern times.

Please leave a comment to let me know that you like this article and find it helpful. That encourages me to write more and more! You can also share it using below icons or even buy me a coffee! 😉