The Perfect Vacation in Puglia in Southern Italy

Italy is a dream destination, as it has everything that travellers desire; centuries old towns, stunning nature, rich culture and truly delicious food. Therefore, I decided to visit Puglia, southern region located in the hill of Italian boot. The plan was to wander around ancient towns, relax on the beach, eat loads of pizzas, pastas, gelato and drink plenty of local wine and Italian coffee. And that’s exactly what happened during my four days stay in wonderful Puglia, also known as Apulia. 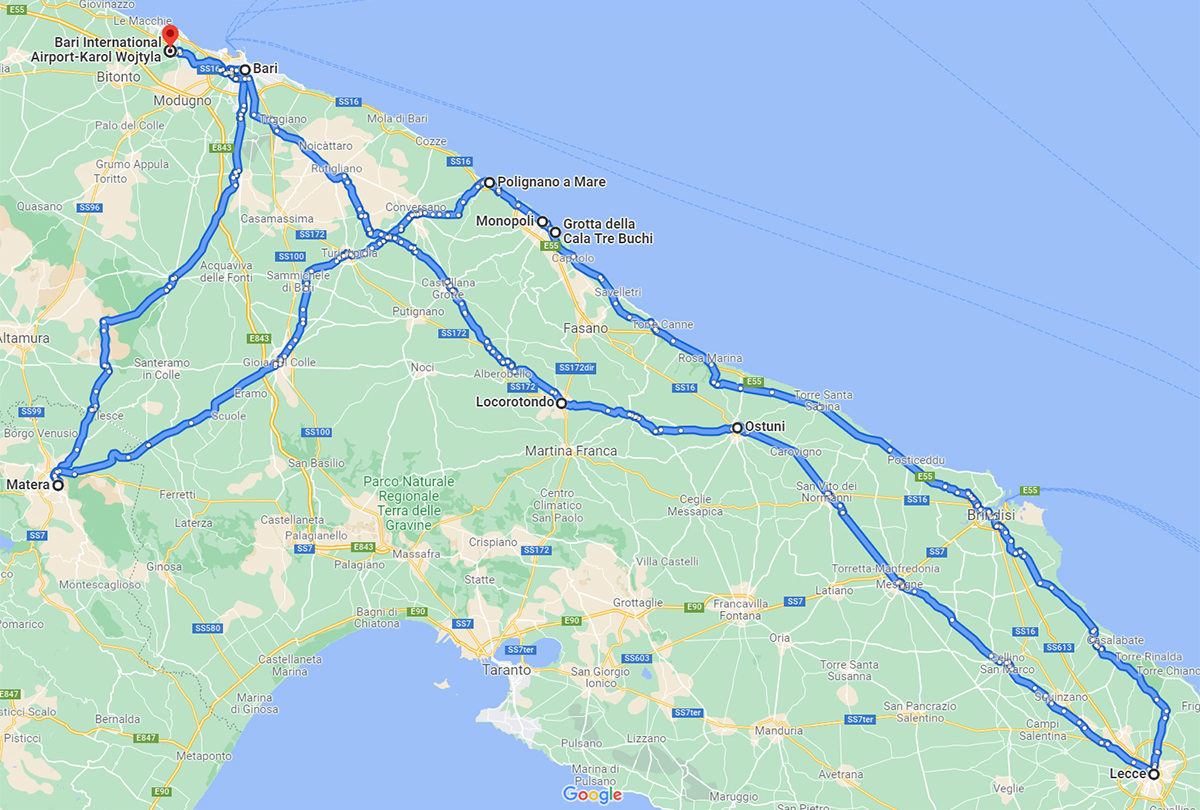 My Loop Route in Puglia (Apulia)


Bari Is Much More Than Just A City of Departure

I landed in Bari, not planning to stay there for too long. But eventually I spent there more than 4 hours and it was worth it. Bari is a surprisingly pleasant seaside city, bright and spacious. It lives for itself, not for tourists. I rested in Bari after my flight, tried the very first Italian breakfast and drank an espresso. I was walking around the historic city centre what was quite enjoyable, while rest of the city was also pretty decent. If you land in Bari and you’re not in rush, it’s surely a nice place to visit.

Next I drove to Matera, which is actually in the Basilicata province, just a few kilometres outside of Puglia. Still, this was probably the highlight of this trip. Due to its hilly location and interesting architecture, Matera is a magnificent, unforgettable town. Simply perfect to wander around for countless of hours! But no worries – it’s not as big as it firstly seems, so exhaustion is rather not an option. All these tiny houses, colourful doors and cobblestone streets are beautiful in the daylight.

After the dusk Matera shows us yet another, quite romantic vibe. Last but not least, Matera is famous due to its cave dwellings abandoned about 70 years ago. Unfortunately I didn’t have a chance to visit them, nevertheless I’ve seen them from many view points in old town. The big surprise in Matera was a short guided tour to underground water cistern (“Palombaro Lubgo”), made in XVI century without machinery or electricity. In summary, Matera without a doubt is a must visit place in southern Italy! But better be hurry, because the opening scene of James Bond’s “No Time To Die” was filmed here. Matera might be much more popular among tourists now. 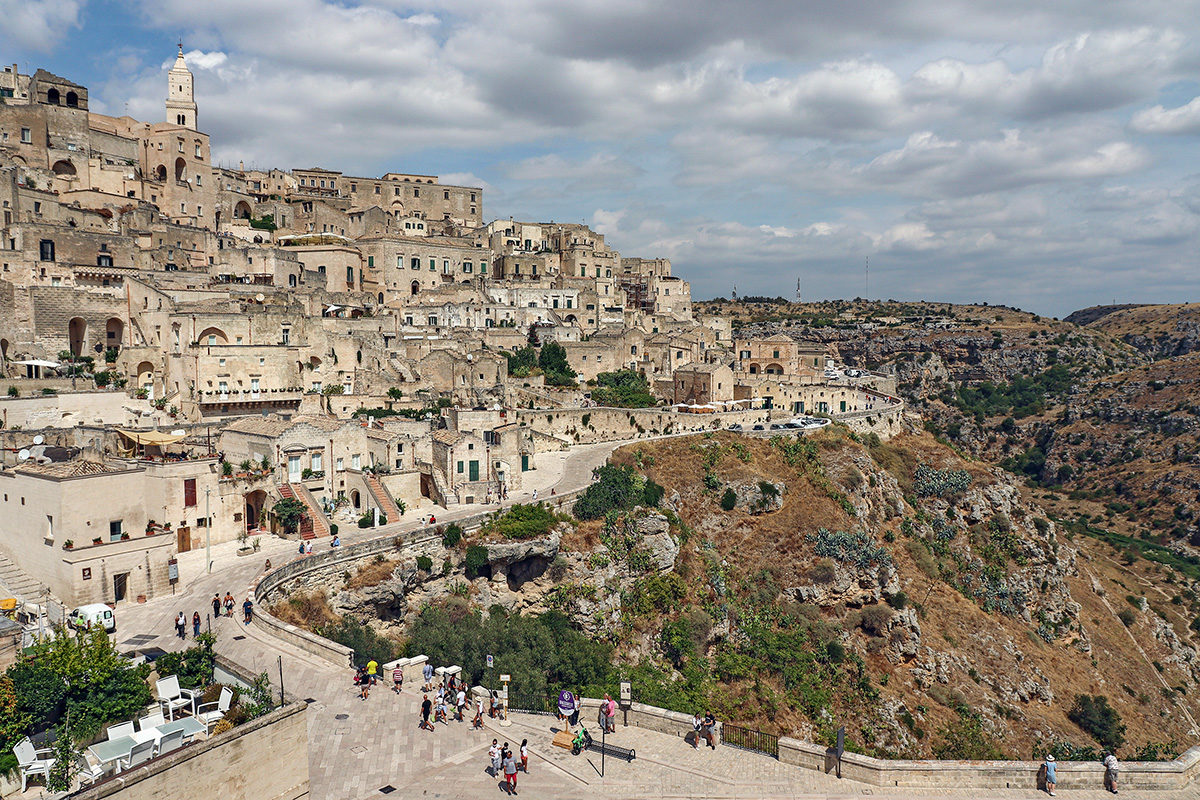 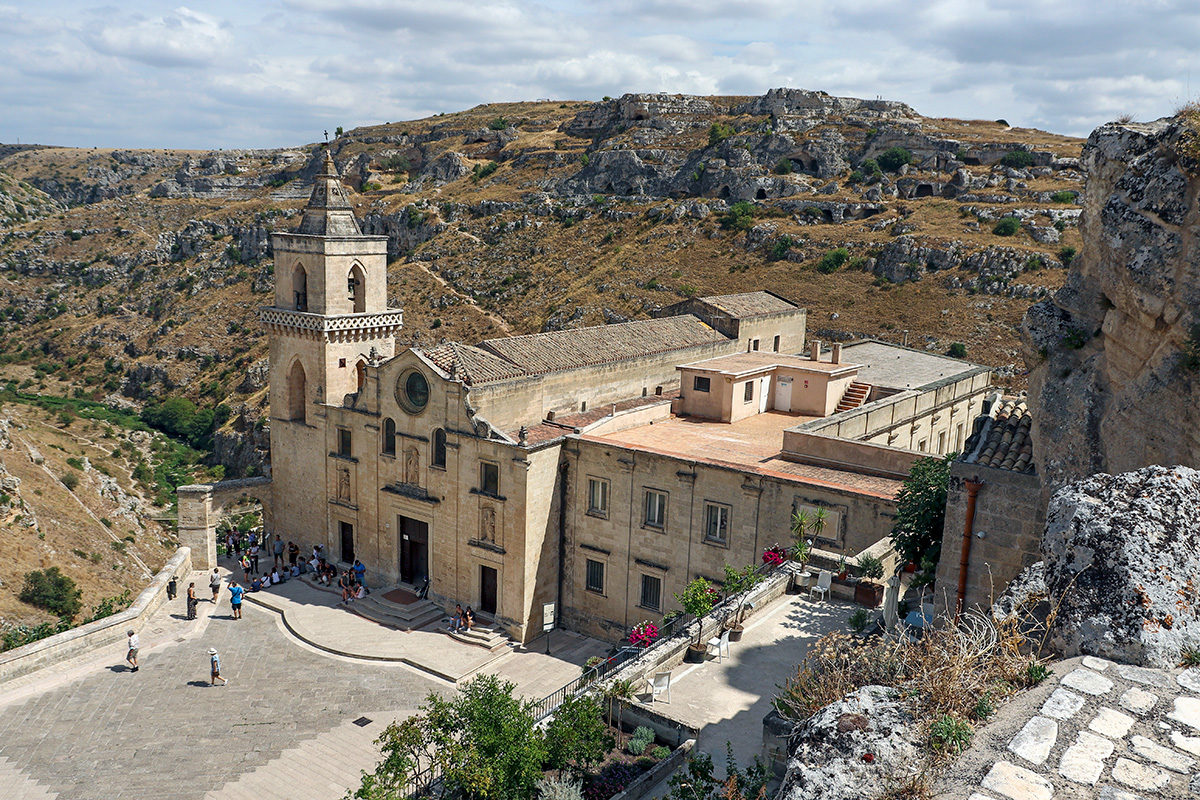 Matera with its famous cave dwellings

Poligiano a Mare is probably one of the most popular destinations in Puglia. It’s located partially on cliffs with famous public beach between them. This view is well known from postcards and regional travel guides. For me this town was too crowdy and too cheesy. Nature here evidently lost an uneven fight with hotels developers and Italian tourists. Fortunately, when I was looking for accommodation before the trip, Poligiano was already fully booked. Instead I found a place nearby, in town of Monopoli. Therefore I left Poligiano a Mare after just one hour and honestly I wouldn’t come back there again. 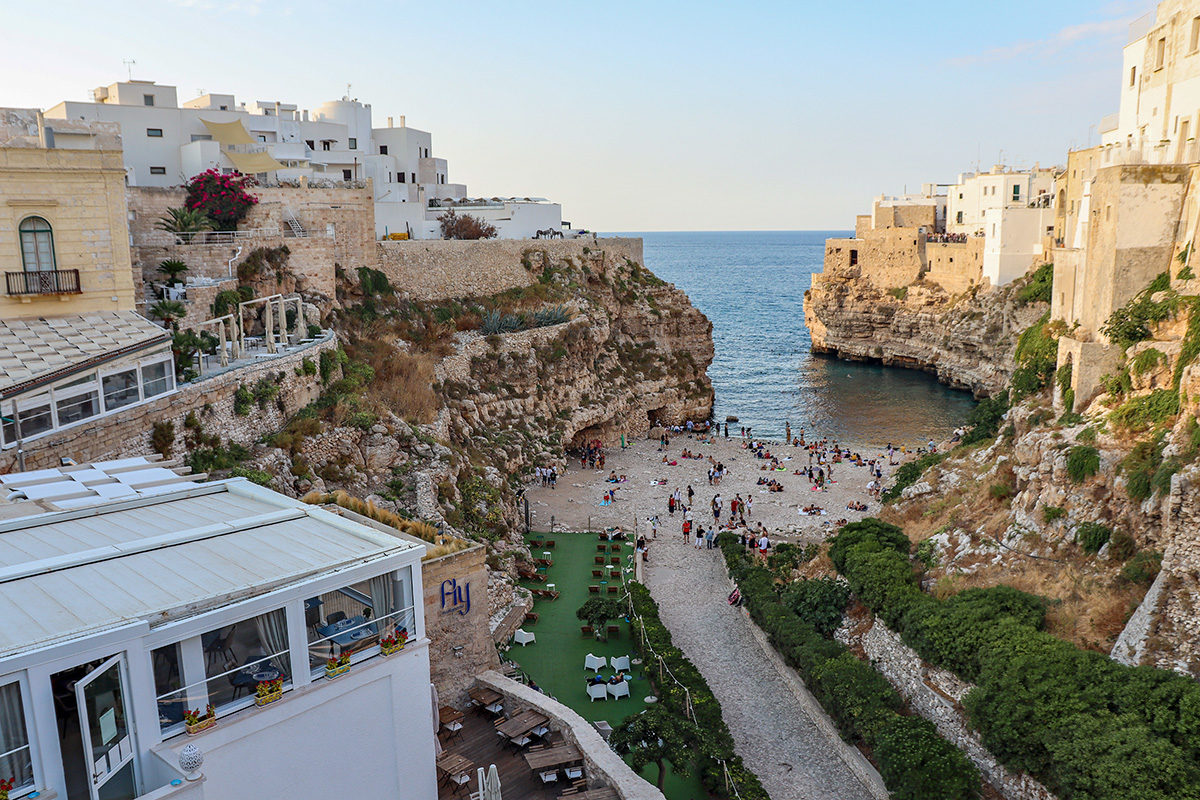 Touristy and too developed Poligiano A Mare


A Perfect Seaside Town of Monopoli

Monopoli looks like a perfect seaside town in Puglia. It’s easy to wander around gorgeous tiny streets or old port in the historic town center. To stop here and there for coffee or ice-cream. Or to enjoy the Italian sun. Small public beach may be crowdy in peak hours, but the walk along the coast is a fine alternative (or you can hire a bicycle, as well). Quite relaxing town, worth visiting for at least few hours. 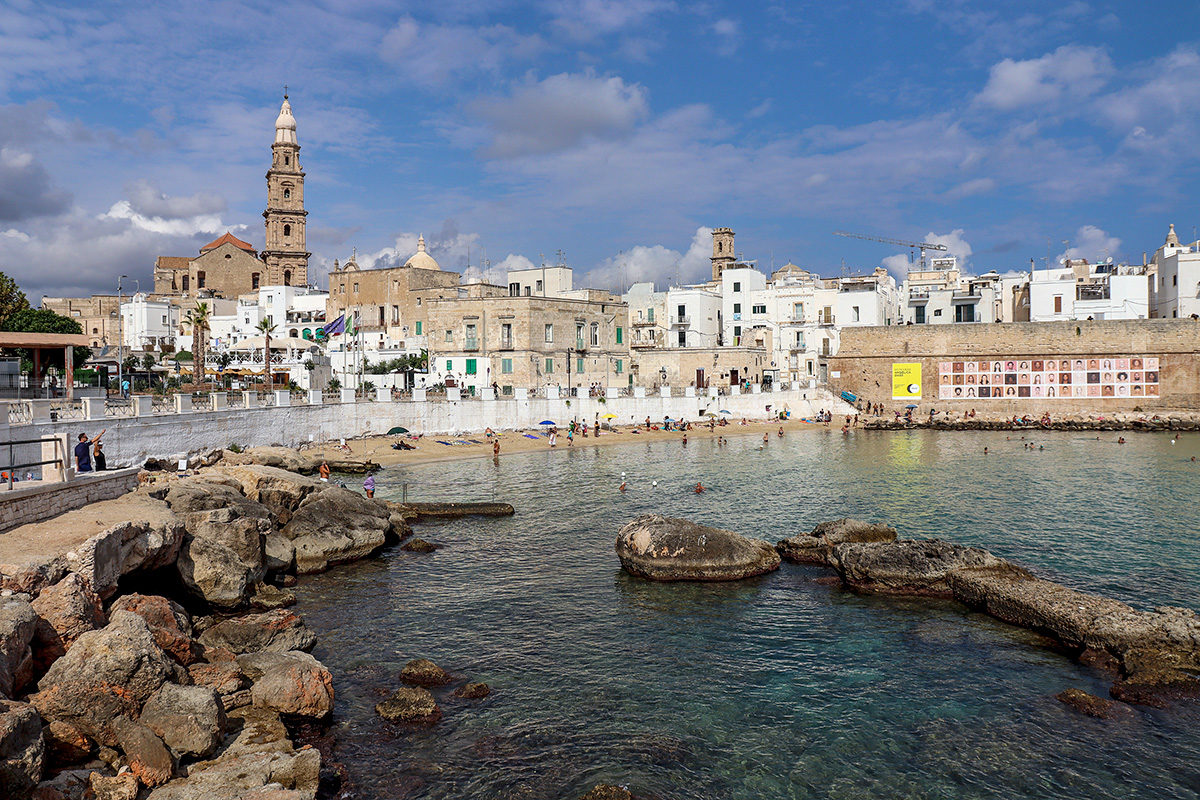 A view to Monopoli’s public beach and old town

Puglia is known for great beaches and crystal clear water, which make it a paradise! Therefore I decided to have a half day break and enjoy the Adriatic Sea, just about 1 km on the south of Monopoli. I mostly wanted to avoid crowds, but the choice was pretty random. I’ve noticed that further you go, less people is there. Eventually I was really satisfied with cameral “Grotta della Cala Tre Buchi” beach, around 10 minutes walk from the road and overall no more than 20 minutes from Monopoli town centre. 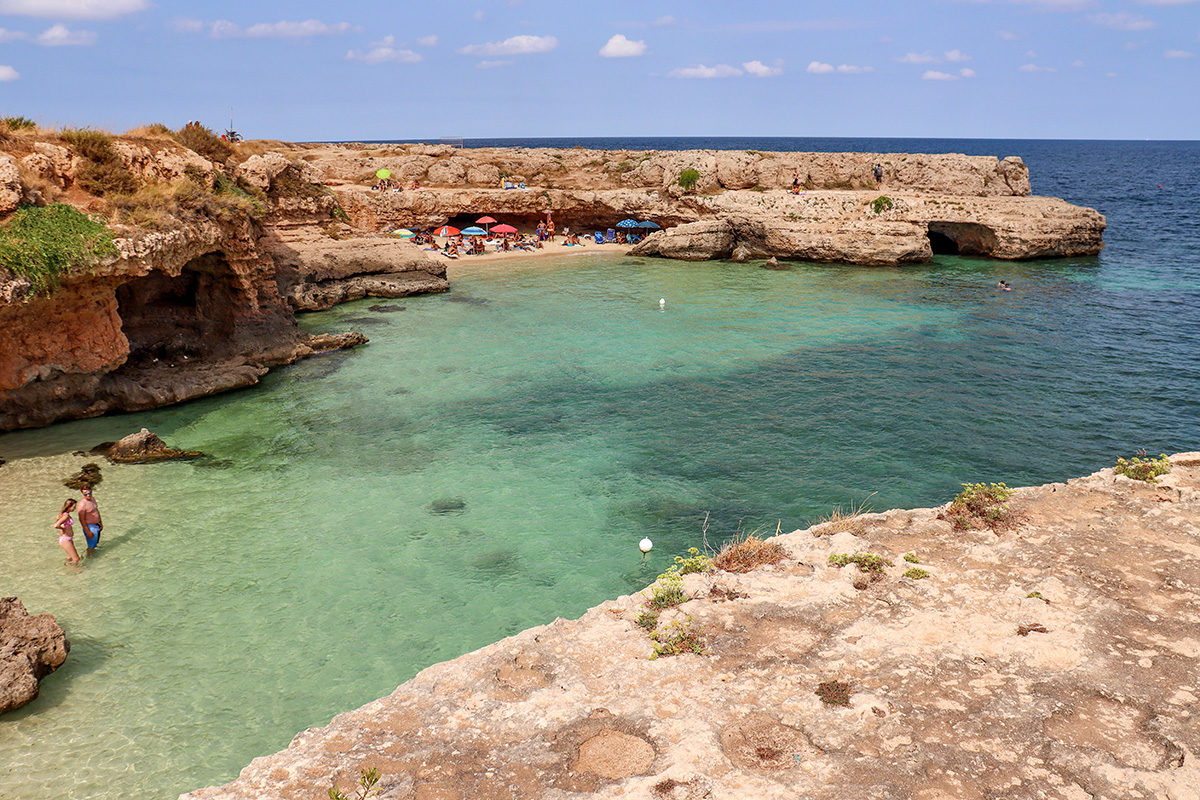 
A Must-visit City of Lecce

The next stop on my way was a city of Lecce, which is known as the Florence of the South. After few minutes of walking in Lecce it’s clear why. Impressive baroque buildings, ancient churches, beautiful wide squares and tons of sights to see make it a great destination. Due to visiting friends I only had a couple of hours in Lecce, but if I have a second chance I would definitely stay there for a day or two!

On the way back to the airport in Bari, I had a few hours break in beautiful Ostuni and a short lunch break in a small town of Locorotondo. Ostuni is highly recommended. One may say that it’s similar to Matera, as the old town is located also on hills. However those two towns are completely different regarding to architecture, size and vibe. I believe it’s worth to spend a whole day in Ostuni. Locorotondo is a very small, quiet and charming town to see if you like to walk on the labyrinth of narrow streets. It’s probably nothing special compared to countless similar Italian towns, but again – stopping there for couple of hours if passing may be a good idea.

Planning A Visit in Puglia

Puglia is an outstanding travel destination. It’s not too touristy, because for some reason international travellers haven’t discovered it yet. I would recommend at least 10-14 days to explore this region and its charming hilly towns, enjoy the beaches and unbelievable Italian cuisine.

However, if you plan just a weekend break like I did, simply pick a place or two for 24h stays and few other places for brief stops. You must come back home happy afterwards. In my opinion Matera, Lecce and Ostuni are the most interesting and worth visiting, while Poligiano a Mare should be avoided. 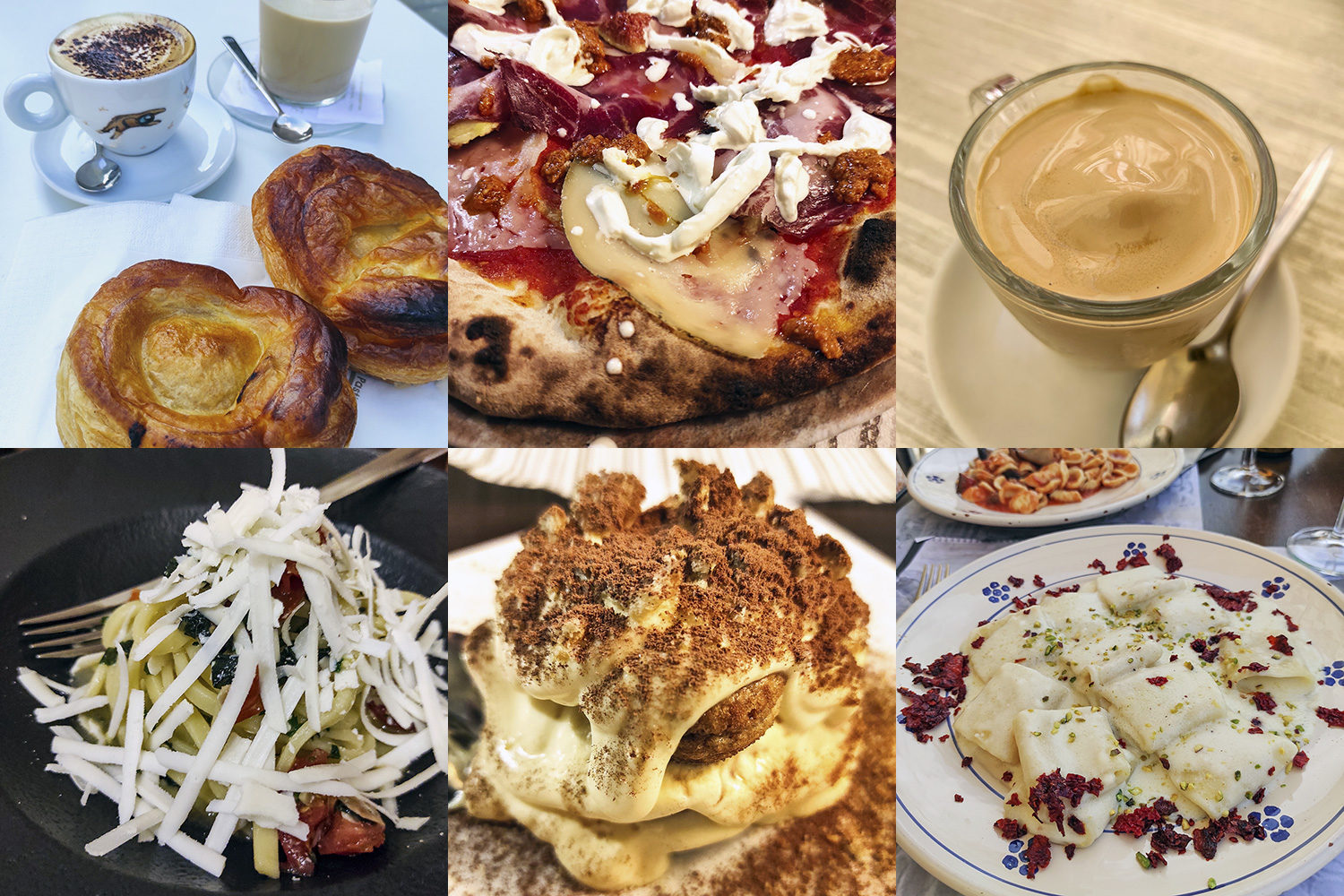 Do not go to Italy if you’re on diet!

Did you like it? Please don’t forget to sign up to my newsletter to avoid missing out new articles! You can also visit my Instagram for much more pictures, trip ideas and other stuff. And if you appreciate my work, why don’t you buy me a cappuccino? 😉